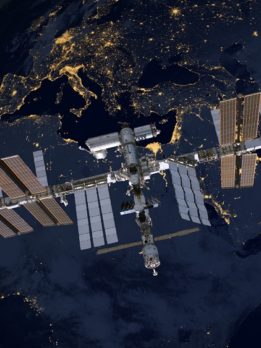 The space industry is currently facing several structural changes with the accelerating growth of space activities in several countries (including global space powers like China, India, Japan, some other OECD countries), a growing number of corporate players (New Space) investing in space systems and their downstream applications, … and paradigm shifts (disruptive change of scale in terms of number of satellites to be produced for new satcom constellations, space data challenges) impacting both demand and supply sides.

Europe is today considered as a space world leader with tremendous successes in the development of technologies, the provision of competitive products, systems and value-added services dedicated to a large variety of public and private users/clients, and the scientific community. The European space manufacturing industry (launchers, spacecraft, ground systems) strengthens Europe’s position on the worldwide geo-strategic scene by giving Europe an independent access to space and the necessary technological expertise to support its own strategic decision-making process in case of environmental or security/military crisis. European satellite operators and providers of space-based services are worldwide key players of the EO and satcom markets.

With regard to New Space, it is worth noting that the emergence of these new actors shall not be considered as a withdrawal of the public authorities’ involvement. In the U.S., this is public demand (NASA, DoD, NRO…) that has driven and allowed the emergence of such private players, by ensuring them long-term commitment and more freedom in the design/implementation of the space programmes and services they are currently developing.

Boosted by a sustained public demand (growing number of countries investing in space systems and their downstream applications, a trend that is expected to strengthen in the coming years), and by an increasing implementation of technological innovations (such as electric propulsion systems on-board large telecommunications satellites, advances in miniaturization making micro satellites even more affordable, robotic servicing technologies for space applications, use of Additive Manufacturing for some technical complex parts like the hydrogen turbo-pomp connectors…), the space industry is facing several structural changes and paradigm shifts impacting both demand and supply sides:

Structural change #2: Improved design processes and industrial optimization… more necessary than ever to preserve/enhance competitiveness of the offerings

Around 85% of the entire Falcon/Dragon vehicles are produced in-house, including even the flight computer.

Under the pressure of New Space players, space is becoming more and more a business to be managed like any other, where the notions of strategic thinking, appropriate response to users-clients’ needs, optimized R&D programme & technology portfolios, operational excellence and continuous improvement are key to be successful in an increasingly competitive environment.

In such a fast-moving sector like space industry, this implies iterative approaches, considering in turn objectives, implementation and resources, and certainly a more “intelligent trial-and error” oriented mindset…