The out-licensing of Japanese rights has long been a way for smaller biopharma companies to accelerate their entry into Japan while also generating cash to fund their businesses in the U.S., Europe, and other “core” markets. Emerton has analyzed a sample of over 300 out-licensing deals to help our clients better understand typical terms, structure, and partnering trends in Japan.

The results of our analysis reveal that foreign licensees are most likely to:

Deal values vary significantly depending on the magnitude of the opportunity for a specific asset; however, across our sample, the average value of a Japan-only rights deal was $163M consisting of:

For approved assets, the average total value of a Japan-only out-licensing deal was $237M with an average upfront cash payment of $41M.

Deal value, by component and phase of asset development

As the world’s third largest pharmaceutical market, Japan remains an attractive source of value for innovators. In Emerton’s experience, successful partnering in Japan can be an important source of cash and long-term revenue for licensors but requires:

Japan is the world’s third largest pharmaceutical market, generating over $87B1 in pharmaceutical sales per year. Given the complexity and high cost of direct entry, many small and medium size biopharmaceutical companies turn to out-licensing to 1) accelerate entry into Japan and 2) maximize the likelihood of a launch success while 3) generating and / or saving cash to fund operations in the U.S., UK and EU4. To help our clients better understand the Japanese licensing environment, Emerton has analyzed publicly available data on a sample of more than 300 Japan rights transactions, 165 of which provided some level of financial disclosure. The results of our analysis are outlined below.

Our analysis indicates that companies tend to favor Japan carve-outs (58% of deals), but that a significant portion bundle Japan with other countries in the region (42%) (Exhibit 1). Not surprisingly, for bundled deals, Japan is most frequently paired with South Korea, Taiwan, and / or China.

The tendency toward regional deals has increased with the growing importance of the Chinese market. Since the 1990s Japanese pharmaceutical companies have invested heavily in their Chinese operations, making them an attractive “one-stop shop” for companies seeking a coordinated point of entry for the region.

Most deals cover both commercialization and development

Given the high cost of local clinical trials and post marketing surveillance, most companies pursuing Japan-only deals choose partners that are willing to take on commercialization and local research and development (73%) (Exhibit 1). Companies that choose to out-license are typically seeking to reduce their level of investment. As a result, having a local partner that can fund development is often an imperative for partnering.

As in other markets, the interdependence of the licensee and licensor ensure that risk sharing is the norm. The median upfront cash payment for a Japan-only rights deal represented ~14% of total deal value; however, most compensation was offered through incentive-based milestones and royalties. This tendency was true regardless of development phase; however, upfronts are larger for assets that are approved or have already submitted an NDA/BLA (Exhibit 2).

The average Japan-only rights deal for an approved product had a total deal value of $237M, with significant inflection points as assets evolved from Phase II to III and from Phase III to approval. Our sample indicates that companies seeking to fund their businesses in other geographies can leverage their Japan rights to generate significant upfront cash. The average upfront cash payment for a Phase III asset was $25M, jumping to $41M for de-risked assets already approved in the US or EU.

Double-digit royalties are the norm, but public data is scarce

Public data on royalty rates is scarce with most companies reporting that rates are vaguely “double-digit.” For those reporting detailed transaction terms, rates averaged 16% on the low end to 26% on the high end, but with significant variability (Exhibit 3).

Large and medium size companies tend to hold on to their assets until they have been approved in the US or Europe. However, smaller companies are more likely to seek partners at an earlier phase of development (Exhibit 4).

Dealmaking continues despite the COVID crisis

Despite COVID-19, licensing activity in Japan has remained robust with significant deals completed over the last twelve months (Exhibit 5).  Though deal terms were undisclosed, there were at least 7 COVID-related transactions, including Takeda’s licensing of Novavax’s Matrix-M adjuvant and its three-way agreement with MHLW and Moderna to commercialize mRNA-1273.

Japan is a large and profitable market that can generate significant value for foreign innovators. The decision to license or go direct depends upon a variety of company and therapy-specific factors. For companies that choose to out-license, Japan can be an attractive source of upfront cash that provides critical funding to grow in other regions or invest in other therapies.

In our experience, maximizing the value of a licensing agreement requires developing a Japan-specific business case prior to contacting potential partners. Japanese market dynamics can differ significantly with respect to:

As a result, the opportunity in Japan can differ significantly vs. the expectations set based on a company’s US and European experience. Understanding market nuances and fostering Japanese key opinion leaders early in the process are key drivers of value and essential to creating successful long-term partnerships. 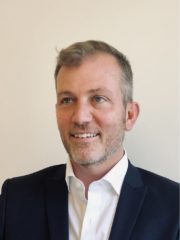