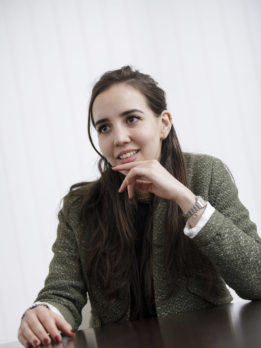 Khadija Lahlou joined Emerton in 2016 as an Associate Consultant, after a first strategy consulting experience at the Boston Consulting Group.

Khadija graduated in Engineering from both Ecole Polytechnique and from the University of California, Berkeley, where she in particular focused on Smart Cities.