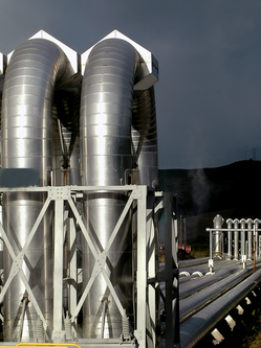 Due diligence for the US Group ORMAT, global leader in geothermal energy

Emerton assisted ORMAT, the global leader in Geothermal energy, in the acquisition and regulatory due diligence of the geothermal assets in the Carribean islands.

Ormat Technologies, Inc. (NYSE:ORA) announced it has signed a binding Memorandum of Understanding (MOU) to acquire, gradually, 85% of Geothermie Bouillante SA (GB) at a total company enterprise value of up to around €52 million (approximately $56 million USD, based on current foreign currency exchange rates). GB owns and operates a 14.75 MW geothermal power plant and owns two exploration licenses with a total additional potential capacity of up to 30 MW, all located in Guadeloupe Island, a French territory in the Caribbean.

The MOU was signed with the owner of GB, Sageos holding (Sageos), a fully owned subsidiary of Bureau de Recherches Géologiques et Minières (BRGM), the French geological survey. Upon closing, Ormat will hold approximately 80% of GB which will be increased to 85% within two years by capital investment agreed upon in the MOU